Find Out About Great Interest Rate Specials and Reduced Pricing. Contact Us Today!

If you live in West Midtown Atlanta you may have noticed that it’s gotten a little louder the past few weeks on the Westside. This is because construction crews have begun blasting at Bellwood Quarry to create the new Westside Reservoir. The noise and construction at this location will continue for four months, on Mondays through Saturdays, followed by construction of two tunnels. The former Bellwood Quarry sits approximately one mile west of Midtown. The city-owned, gigantic 400 ft hole in the ground, which looks like a buried oyster shell from high above, was an active granite mine for over a century. Atlanta’s Department of Watershed Management has begun work on what will become the City’s new Westside Reservoir, holding a 30-day backup water supply, of up to 1.9 billion gallons, for drought emergencies. When this portion of the project is complete, Atlanta will boast one of the largest municipal water reserves in the nation.

After the Atlanta DWS finishes the new Westside reservoir, the next phase of the project will begin to transform over 300 acres around the old quarry, into what will eventually be Atlanta’s biggest park. Officials say it’s going to be 30% larger than Piedmont Park. This new Westside Park will be the centerpiece of all the Beltline connected parks and greenspaces. The planned park is slated to be known as the Westside Reservoir Park. It will offer visitors and locals hiking and biking trails, relaxing green meadows, some active recreation sports fields, an outdoor amphitheater, and much more. Our friend and City Councilwoman Felicia Moore, who represents the area district, is excited for the project’s potential to energize the surrounding neighborhoods. 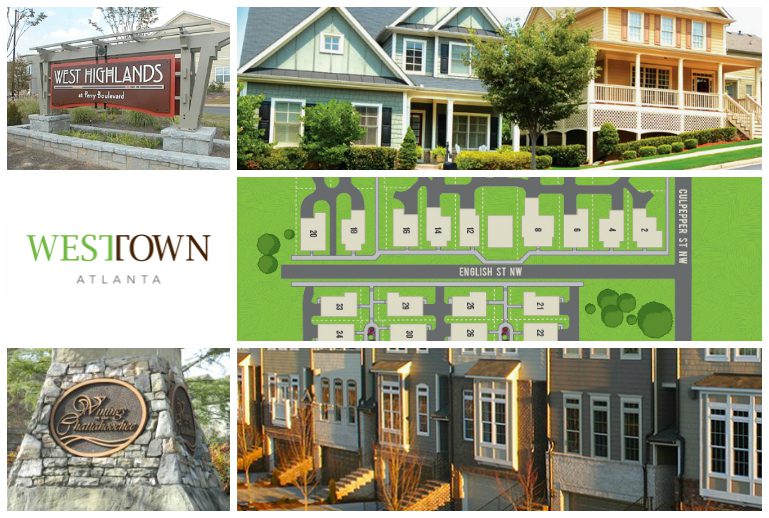 Are you still looking for another great reason to purchase a new West Midtown home? Homebuyers wanting to start their own new traditions in this Atlanta location should take note of this development. The new reservoir park and surrounding areas will eventually share many features similar to Midtown’s Piedmont Park neighborhoods. Even better for current homebuyers, is that now is an excellent time to find a top quality, new West Midtown Home by Brock Built Atlanta. We currently have neighborhoods in West Midtown, Westside, and NW Atlanta actively selling single-family homes and townhomes. Learn more about West Highlands, West Town (pre-selling), and Vinings on the Chattahoochee. These communities are all located just a few minutes drive from the new reservoir. Stop by our website now and get more details on what’s available today.