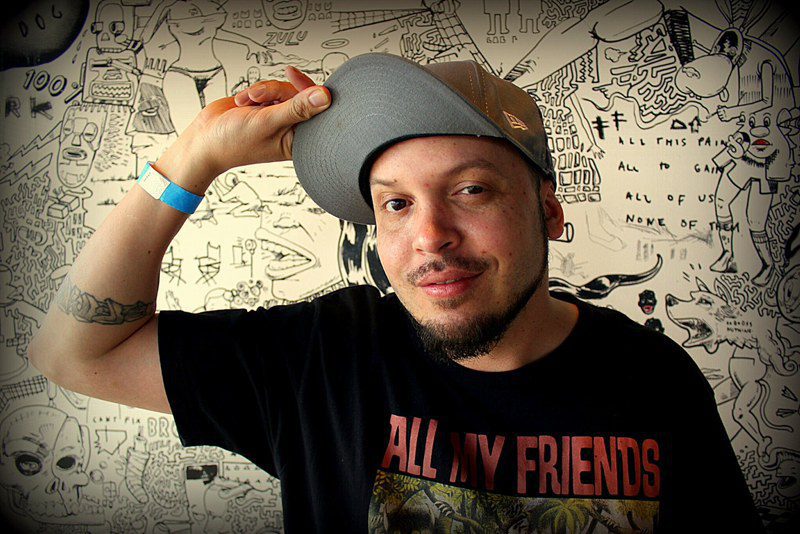 Gone are the days of uplit beige monoliths standing guard at gated communities. Some of Atlanta’s most popular neighborhoods have spoken – and they want striking street art showing them the way home.

Characterized by large visual illustrations in public spaces, “street art” is an incredibly popular medium for expression. In Atlanta alone, over 900 street art murals celebrate the city’s diverse population and perspectives. From prominent displays along the Belt Line, to the iconic Krog Street tunnel and building façades throughout the metro area, these bold and inventive paintings delight passerby and spark lively conversations. 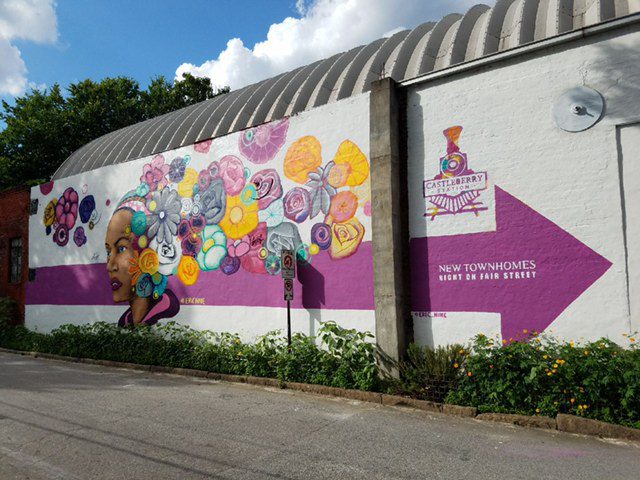 As a local homebuilder committed to delivering positive impacts to Atlanta communities – and one that’s consistently ahead of the trends in home design – Brock Built Homes has been honoring the talent of local artists for years. That’s why it was a no-brainer for them to partner with local street artist Eric Nine to paint bold exterior murals at five of their Atlanta neighborhoods. His latest masterpiece – a colorful portrait of a beautiful woman in profile, lost in thought, with flowers trailing behind her – serves a dual purpose at Brock Built’s Castleberry Station.

“Originally, Brock Built commissioned me to paint one mural as a beautification initiative for their Oliver Street community on the west side,” explains prolific freelance artist Eric Nine. “After an outpouring of positive feedback from the residents, Brock Built engaged me to incorporate my design into a series of murals and community signage at other locations. It’s been an amazing experience to bring my art directly to the people and create something that can change their mood in a positive direction.”

Nine’s colorful 30-foot murals are clearly connected – a deliberate display of the artist’s celebration of the human spirit. In his most recent piece at Castleberry Station, he depicts a woman with striking blue eyes with a whimsical burst of flowers around her. Nine says this depicts human imagination and thoughts that transcend superficial differences. “If we can all align our thoughts and get on the same page, the faces can be interchanged,” explains Nine. “We are all the same. What matters the most is what’s in your head – your thoughts and feelings about each other.”

The mural series has been a huge hit with the residents, who love the unique character the famed street artist brings to the community.

“We build each Brock Built neighborhood to bring joy to the future residents – particularly through curated amenities,” explains Jaime Chastain, vice president of sales and marketing for Brock Built Homes. “At Oliver Street, we identified a unique opportunity to connect the community’s modern design elements to the industrial aesthetic of its surroundings with street art. We commissioned Eric Nine to bring a blank wall to life at Oliver Street and have since collaborated with him on murals at four other Brock Built communities in the metro area – including the most recent at Castleberry Station.” 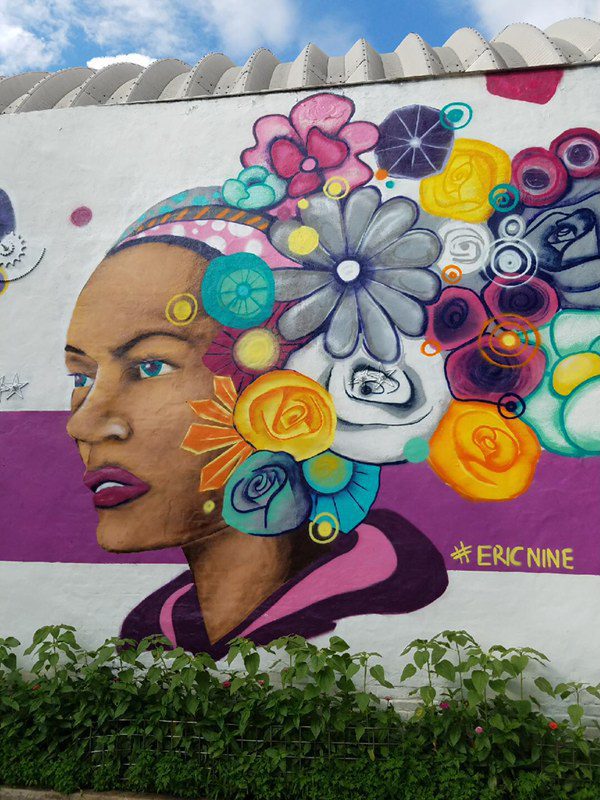 Stop by any of these Brock Built communities to check out Nine’s custom mural series: Oliver Street and Castleberry Station. He’s also proudly brought his artwork from the gallery directly to the people in the following Atlanta hotspots: My Parents’ Basement, 97 Estoria, Union EAV, The Edge Apartments on the BeltLine and K&K Soul Food – with more on the way.

Eric “Nine” Lopez is a multimedia artist who captures the eye in striking displays of art through a wide variety of innovative mediums. He’s best known for the large, brightly-colored street murals he paints to bring positive experiences and messages of equality and inclusion to neighborhoods throughout Atlanta. Puerto Rican by blood, with a style cultivated from his life experiences in Brooklyn, NY, Lakeland, Florida, Boston, MA and now his adopted hometown of Atlanta, GA, Eric Nine celebrates the beauty of diversity in everything he creates. Follow Eric Nine on Instagram @eric_nine