July is National Ice Cream month and Sun July 17th is National Ice Cream Day. There are so many flavors of ice cream to enjoy so you better get started. Appropriately, the sizzling hot days of summer are perfect for indulging in this fantastic dairy delight. As children, we begin eating this delicious treat and continue to do so throughout our lives. We certainly remember the sound of the song played by the ice cream man’s truck, as it started driving down our street or in our neighborhood, don’t you? We would run to get money from our parents and then run or ride our bikes and skateboards down the block to catch him before he drove away. 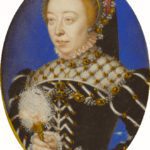 There are several early, notable civilizations that reportedly enjoyed some ice and snow related  precursors to the modern ice cream we know and love today, including the Ancient Greeks, Chinese, Persians, and Romans. Historians believe that several recipes seem to have evolved into early versions of modern ice cream sometime in the 16th century. The French were introduced to similar frozen desserts in 1553 by the Italian Catherine de Medici, once she became the wife of Henry II of France. The English appear to have been enjoyed something similar around the same time. A dessert named “Cream Ice” appeared regularly at the table of Charles I during the 17th century. It wasn’t until the 18th century in America that the first recorded recipes became available to the public. What began as a special royal treat served only to notable rulers and the aristocracy is now something we can all enjoy. 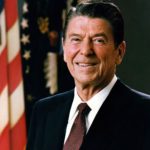 National Ice Cream Month encourages us to be particularly indulgent during the month of July but some folks think it’s not a real holiday. Actually, it is because of a presidential proclamation. There are quite a few of them but not many that are this delicious. Back in 1984, President Ronald Reagan declared that July would be known as Ice Cream Month for America and that the third Sunday in July would be known as National Ice Cream Day. He thought ice cream was fun and should be enjoyed with ceremony and celebration by all Americans. 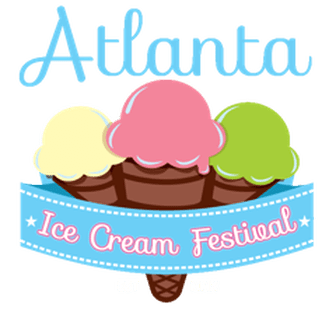 The upcoming Atlanta Ice Cream Festival in Piedmont Park is a great example of how cities around the country celebrate National Ice Cream month. Founded in 2010, the festival offers Atlanta residents a place to enjoy over 300 flavors of delicious ice cream and at the same time have the opportunity to learn more about living a healthy and balanced lifestyle. Everyone is welcome to attend this free event on Saturday, July 23rd from 11am – 6pm, in Midtown Atlanta. Even if you can’t make the Ice Cream Fest we encourage you to find some time, before July is over to enjoy a bowl, cup or cone filled with your favorite flavor of ice cream. Perhaps one or two of these local favorites will help persuade you to try sooner than later.