The City of Atlanta is coming to West Town, one of our newest West Midtown neighborhoods. This Friday, March 24th at 11 am, join the Brock Built team and Atlanta City Councilwoman Felicia Moore in West Midtown as we honor Mrs. Azalee Stewart Hester Wharton, a former residential leader of Blandtown. The ceremony is being held to officially honor and name two streets after her in the West Town community. The ceremony will be located at 1325 English Street, NW 30318.

Born in Atlanta on March 21, 1924, Mrs. Wharton faithfully served as president of the Blandtown Neighborhood Association for over 50 years. Through most of her adult years, she cared for the Blandtown neighborhood and its residents as if they were extended family. Along with other residents, she was involved with many community projects for her beloved Blandtown, which included gaining more resources for the neighborhood youth, gaining MARTA service routes for Blandtown, and having the City of Atlanta pave several streets in the neighborhood. She was also behind the efforts to change the name of the original Blandtown Elementary school to John P. Whittaker Elementary School. Mrs. Wharton passed away in April of 2011 at the age of 87.

“We are honored to recognize this long time resident and community leader of Blandtown,” said Steve Brock, CEO of Brock Built Homes. “Her legacy will live on with the naming of a street after her in our community.” 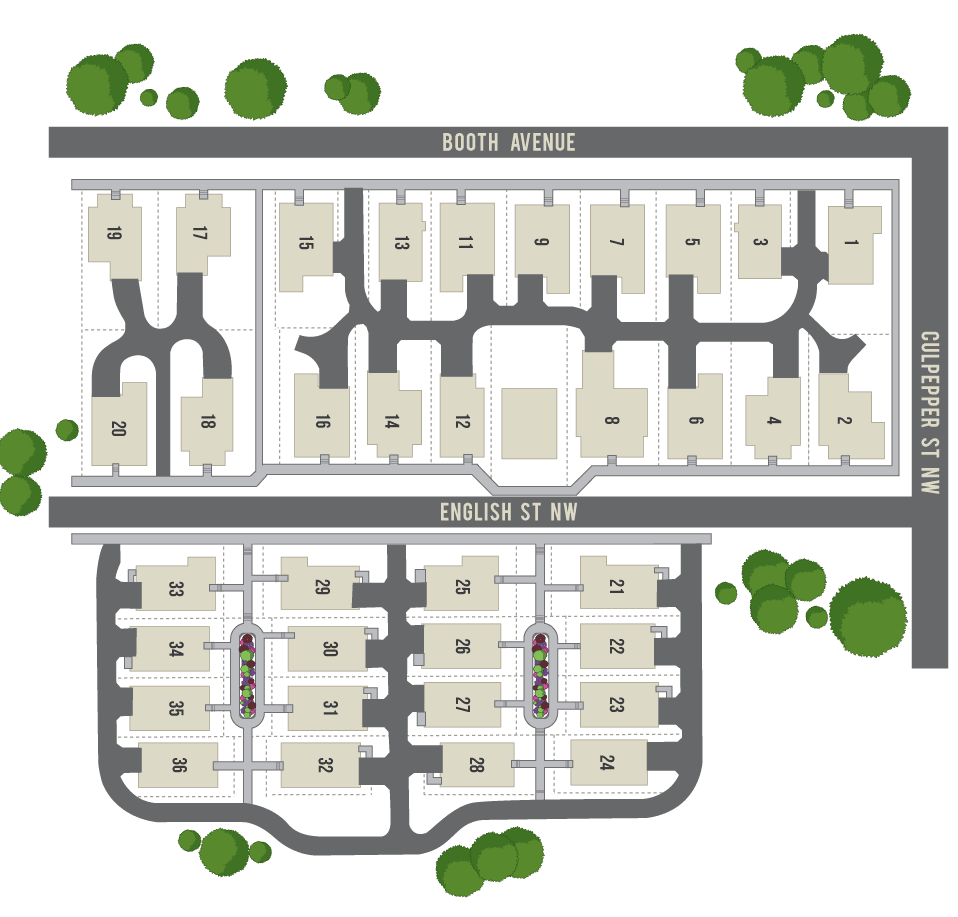 West Town is a 26-acre community along the Atlanta Beltline, located just off of Huff Rd. This former industrial area has transformed into a hip Westside neighborhood while Brock Built has been busy developing and building new housing in West Midtown over the past 20 years. The first phase of new homes in West Town are available now and selling quickly to Intown Atlanta homebuyers. See this community today if you’re looking for a top quality, well-built home in West Midtown.